TinyS3 is the latest in our super popular range of "Tiny" development boards.

It's packed with amazing features and peripherals, wireless connectivity and stacks of Flash and PSRAM, all in the same tiny package size as the original TinyPICO! 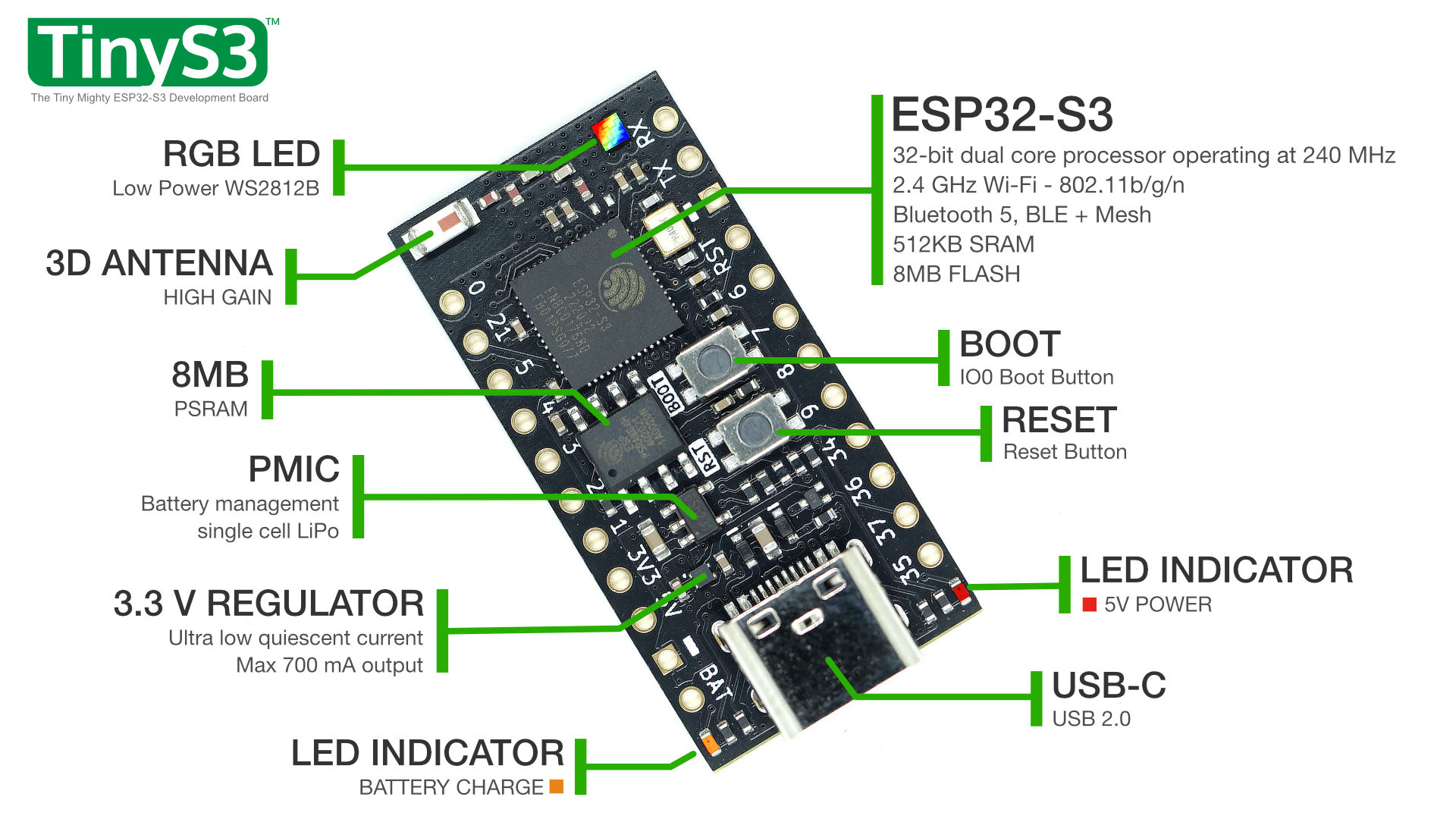 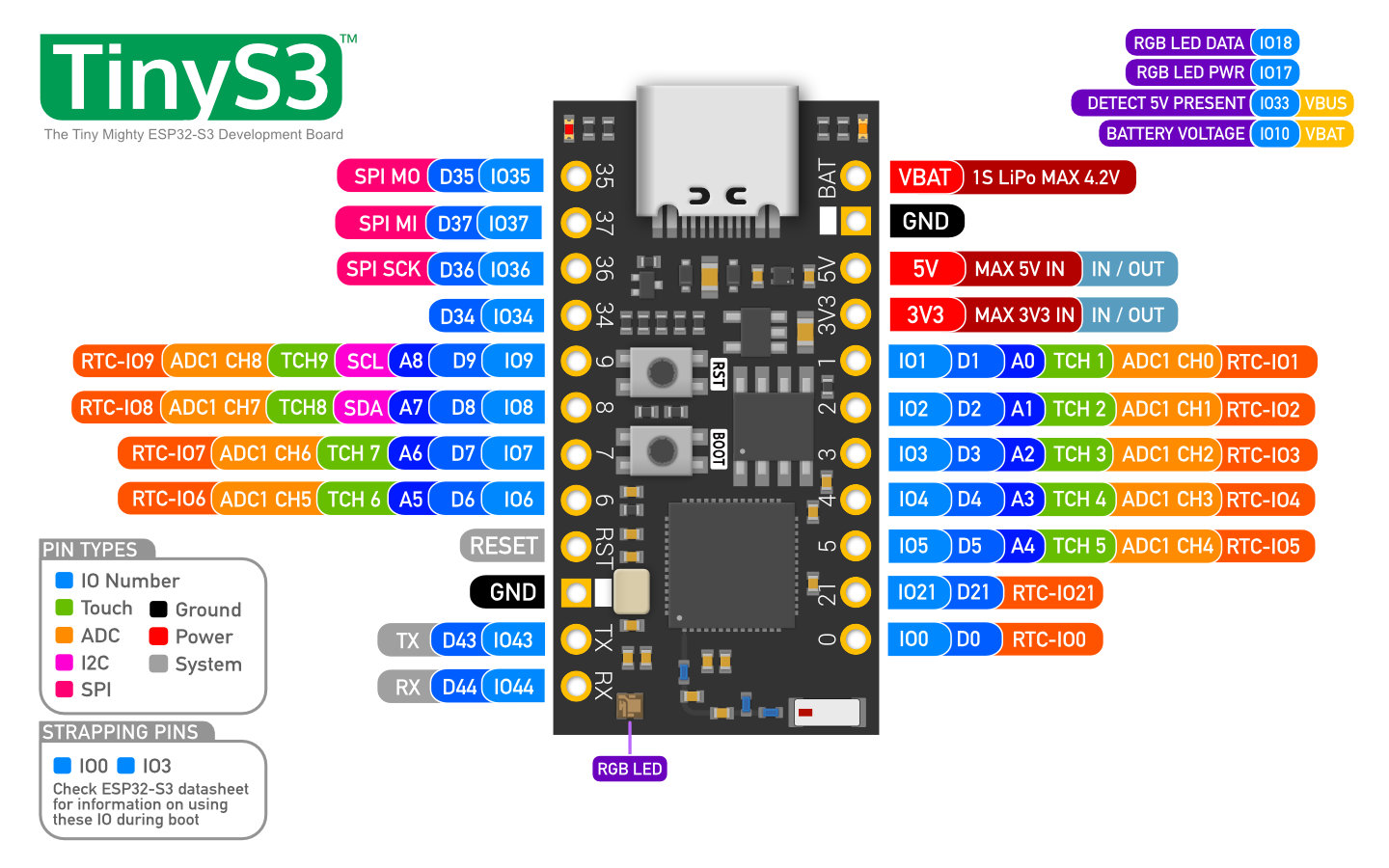 The TinyS3 ships with the latest version of CircuitPython with ESP32-S3 support.

It also ships with the UF2 bootloader, so you can easily update your TinyS3 with the latest CircuitPython firmware, whenever you desire.

Just plug your TinyS3 into your computer and it will appear in your filesystem as a USB flash drive! Just copy your code over, or edit your code directly on the drive. Coding a microcontroller has never been easier!

As newer versions of CircuitPython are released, you are able to update as you require from circuitpython.org

If you need to grab the shipping CircuitPython code that comes with the TinyS3,
you can grab the latest here

MicroPython has early support for the ESP32-S3 and I'm currently waiting for the PR for my ESP32-S3 boards to be merged, so they'll be included in the automatic firmware building and downloads page with the rest of my boards.

Until then, you can grab the firmware from my github repo using the following instructions for your OS:

Flashing MicroPython on to your TinyS3

For more information about using MicroPython, visit this link.

ESP32-S3 support in the IDF is part of the v4.4 release. The latest IDF is v5.0, but it's in early development, so I recommend you stick to the v4.4 release branch for the time being as there are some low level breaking changes in v5.

Check out the ESP32-S3 IDF docs for information on how to install it and develop for the ESP32-S3:

Arduino support for the ESP32-S3 is now available in the 2.0.3 update!
You can install this version from the Arduino boards manager 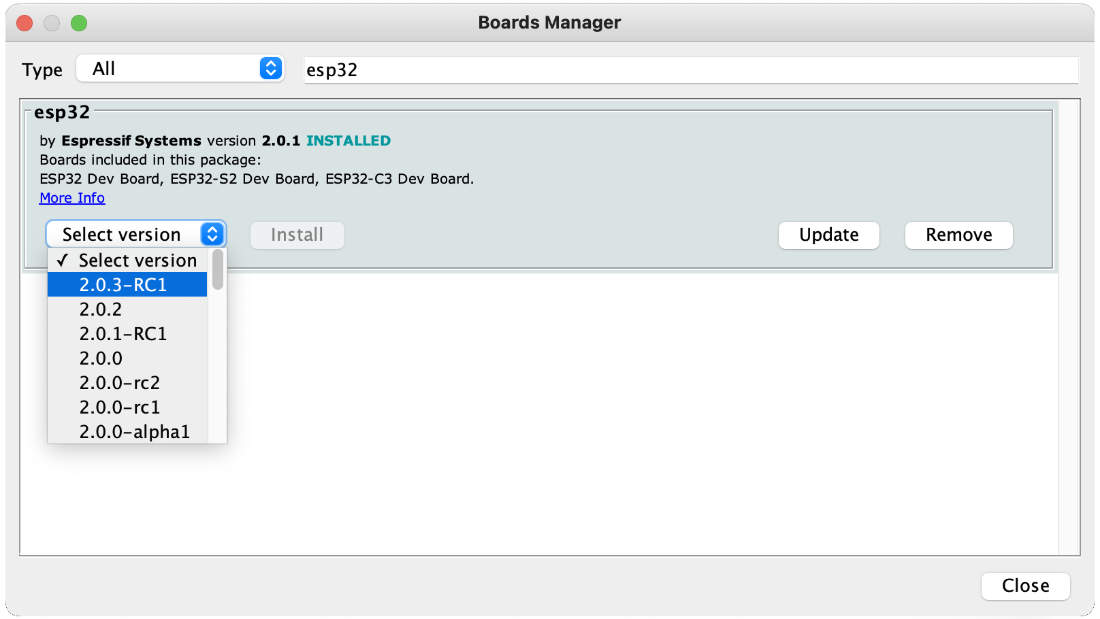 It's still early support, so please be patient as new features get added and issues get resolved, but it's awesome to have Arduino support available already!

If you have not already setup your Arduino IDE environment to work with ESP32, please follow the official Espressif ESP32 Arduino Core instructions to install it.

If you want to live on the bleeding edge, feel free to stay on the latest version by cloning this repo instead:

This is where you can find download links for TinyS3 specific things like the Schematic, 3D model, KiCAD footprint and more! 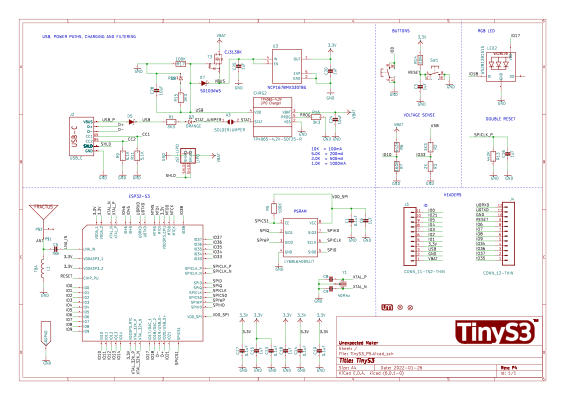 If you need more detailed information about the ESP32-S3, including full IO capabilities and other functionality, please refer to the ESP32-S3 Datasheet from Espressif.